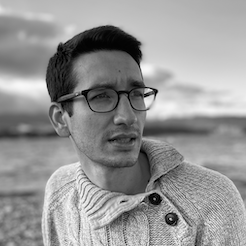 In February 2020, I defended at the University of Geneva my thesis entitled « La Marseillaise des inconscients : pensée de la communauté dans la poésie de Jules Laforgue ». My work highlights the capacity of Laforgue's poetics to represent and constitute community-type links, in apparent contradiction with the idea of a radical rupture operated by the poet's work, both on the level of the relationship between language and the world and on that of the individual and the collective. Humor and song play an essential role in Laforgue's establishment of this communitarian poetics, so I was led to work on the history of song, and on the formal and axiological relationships it has with poetry.

A low genre often associated with laughter, song was recuperated in the second half of the 19th century by poets, who used it as a weapon capable of breaking the principles of traditional versification, until the emergence of free verse, particularly in Jules Laforgue's work. Paradoxically, the song itself keeps alive, even today, the principles once attached to poetry, especially those of rhyme. Our project therefore intends to follow, in a cross-fertilized way, these formal evolutions. The great chansonniers of the 19th century were first and foremost versifying artists, recognized as poets. But their links with the oral performance of the song and the necessity of its setting to music imply a consideration of form that is not strictly identical to that found in poetic regimes. Our work attempts to uncover these differences, and to measure the preponderant role that humor plays in the versification of the song.